Grande Mestre Nô is Mestre Syed’s teacher. Grande Mestre Nô was born in the village of Coroa, Itaparica Island, Bahia, Brazil on June 22, 1945. His grandfather gave him his first capoeira lesson when he was 4 years old. At 7, Mestre Nô and his family moved to Massaranduba, a poor neighborhood near the church of Bom Fim. Masters Nilton and Cutica, brothers and highly respected Capoeiristas lived down the block, took the young Norival to meet the elder Masters Pirro and Zeca.

Masters Cutica, Pirro, Zeca and Nilton organized and commanded many capoeira rodas in the streets. On special occasions, Mestre Traira, Mestre Waldemar and other Mestres from the neighborhood of Liberdade organized incredible rodas. 20 masters would show up to sing, play music and play capoeira. Mestre Nô was always present at these capoeira rodas. These rodas were reserved only for Mestres.

During an intense capoeira roda in front of a church one Sunday afternoon, Mestre Nilton told young Norival to enter the roda. Norival began playing in the Mestre’s rodas and in 1965 he started teaching in his own academy of capoeira angola.

Mestre Nô has been Master of capoeira for over fifty years. His name is known to everyone who is involved in capoeira. He founded Capoeira Angola Academies Retinos, Orixás Da Bahia and capoeira Angola Palmares. He has taught tens of  thousands of people and is called the “Mestre dos Mestres” or Master of Masters for having graduated 100s masters. He is founder, president, and grand master of Associação Brasileira Cultural de Capoeira Angola Palmares (ABCCAP) an organization dedicated to teaching, promoting and maintaining the traditions of capoeira angola worldwide.

Mestre Nô began teaching capoeira Angola in Seattle in the early 1990s and his student Mestre Mangangá (Syed Taqi) is one of the very few certified to teach his style in the United States. Mestre Nô considers Syed as his right hand man in the United States, specifically in the State of Washington.

Today, Mestre Nô lives with his children and grandchildren on Itaparica Island and Boca Do Rio, Salvador. He teaches capoeira throughout the world instructing and guiding all the Capoeiristas and the many academies of Capoeira Angola Palmares. 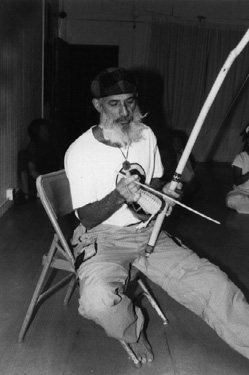 Mestre Syed is the founder and master of the Washington Capoeira Center.

Having taught capoeira in Seattle since he was 19, Syed is a world-renowned teacher and practitioner of capoeira angola of the new capoeira angola generation, with over 20 years of experience. His approach to teaching and playing capoeira is serious but calming and “zen-like”.

Syed has taught workshops across the United States and internationally. In Brazil alone, he has extensively lived and traveled throughout 13 states playing and teaching capoeira. As the founder of the Washington Capoeira Center, a branch of Capoeira Angola Palmares, Syed has an extremely close relationship with Grande Mestre Nô, who is considered the Master of Masters in the international capoeira community.

Not only is Syed the highest ranked Seattleite in capoeira and the first Muslim to become a Master of capoeira outside of Brasil, but he is also one of the only two North Americans to have been promoted to Mestre (Master) from Grande Mestre Nô and is considered by the elder master as his right-hand in the United States and one of his heirs to the lineage.

In 2015, Syed founded the not for profit wing, Capoeira Life, that provides for free to reduced cost capoeira programs focused on at-risk-youth in our communities.

Omari has over 15 years of experience in capoeira. He is one of the founding members of the Washington Capoeira Center. In addition to Mestre Mangangá, Omari has trained with Mestre Nô, Mestre Ombrinho, and a number of other Mestres. Omari’s capoeira training began in his early twenties in efforts to be connected to his lost African ancestry. His dedication grew when Grande Mestre Nô came to Seattle to teach workshops. Mestre Nô’s teachings brought him closer to the heritage he was searching for his entire life.

In the beginning, Omari regularly assisted in Seattle classes. In 2010, he launched the children’s program at the Artspace Hiawatha Lofts. In 2012, he was the first to bring capoeira to his hometown Tacoma. In 2016, Mestre Mangangá graduated Omari to Instructor. And by 2018, Omari was promoted to Professor by Grande Mestre Nô and Mestre Mangangá. Along the way, Omari became a father of 7 beautiful children who also learned capoeira.

View class schedules and bios for our full team below. 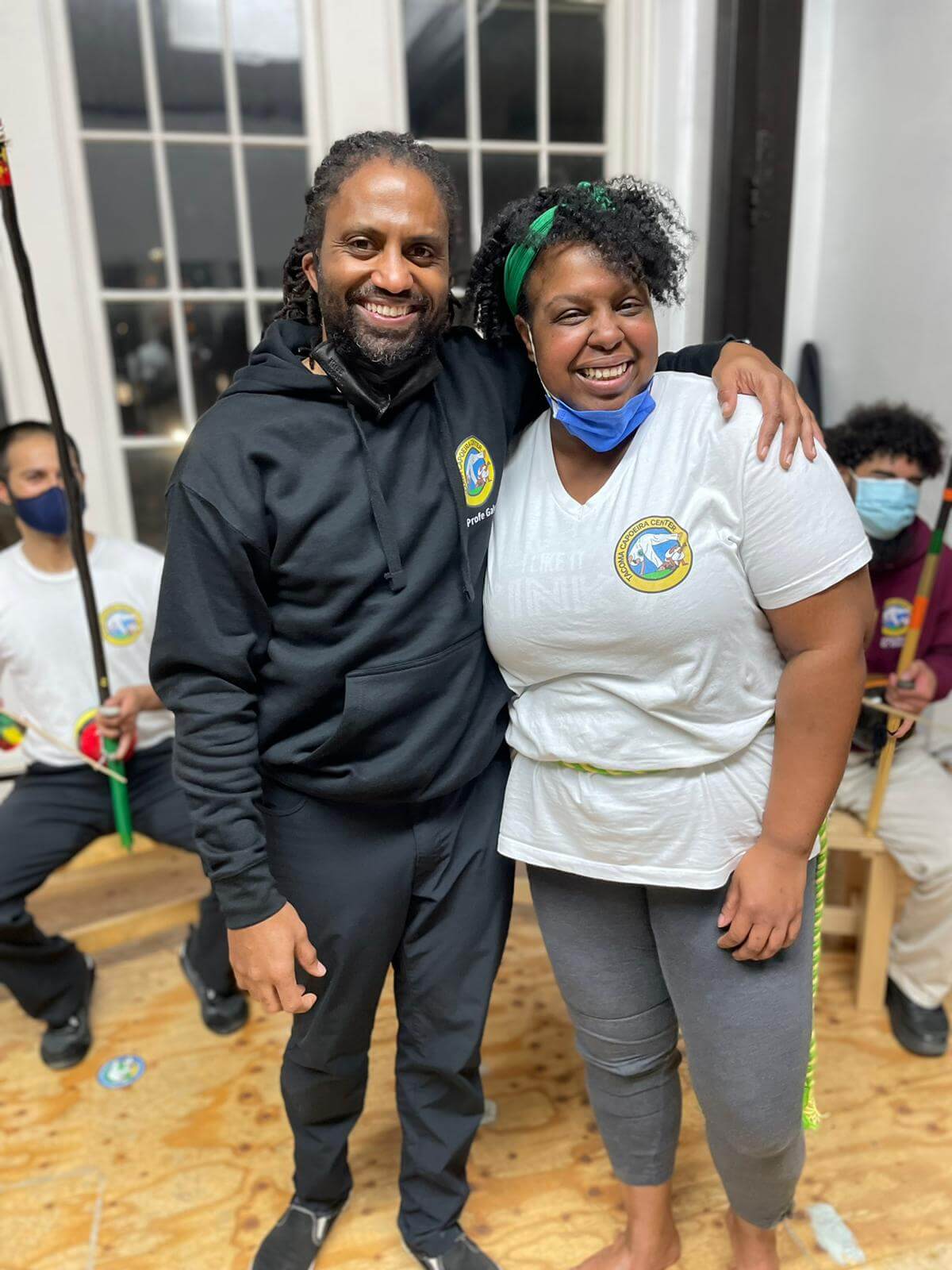